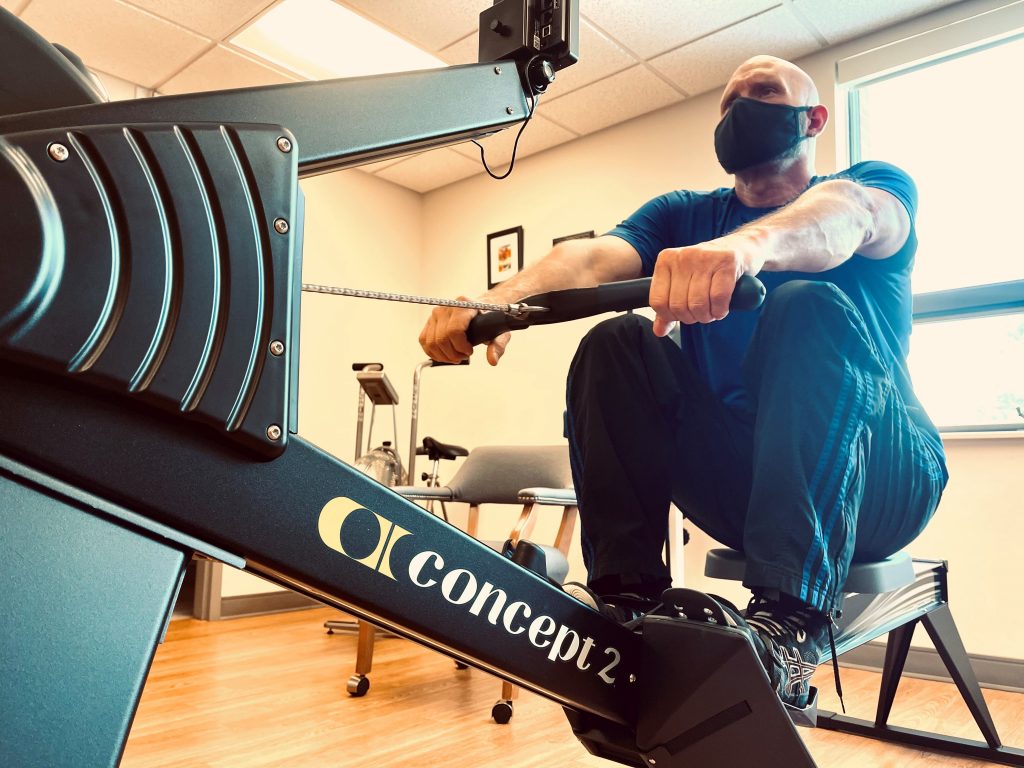 Beau Gardiepy was out of breath. So he pushed harder. That’s how he lived his life.

But this time was different. He’d been out of breath for a few weeks. He would sweat easily. He would tire easily. But he continued to attribute it to stress. Getting older. In his mind, it couldn’t be anything else. After all, he was active, a fitness instructor and personal trainer. He worked out five times a week. He ate healthy.

Beau had the day off. He got up, worked out and then headed to his family’s ranch with his father.

That’s when something hit him. When Beau spoke, he wasn’t making sense. Then his shoulders went numb. He called his wife and told her he wasn’t feeling well.

“I felt like I had an anvil on my chest,” Beau said. “My wife said it sounded like I was having a heart attack and that I should go to the hospital. And that’s when my father put his foot down and rushed me to the hospital. If he hadn’t, I might not be here today.”

Beau was taken to the Johnson County Healthcare Center Emergency Room where he told the medical staff that he felt like he was having a heart attack.

“It was like a bomb went off,” Beau said. “It was like watching a movie. It was surreal. They all had a job to do, and they did it.”

Beau said the emergency room staff sprang into action, assessing him and ultimately determining he was having a massive heart attack.

He was rushed by ambulance to Sheridan, where they determined he had 100% blockage in the lower portion of his heart, which his doctors called a “widow maker heart attack.” He spent three days in the ICU, where he made leaps and bounds in recovery, which his doctors attributed to his good physical condition.

When he was released, Beau had to learn how to care for his heart in a new way. His doctor recommended he participate in Cardiac Rehab with Julia Bettinger at the Johnson County Healthcare Center. In Cardiac Rehab, Beau received an individualized treatment plan with monitoring, education and support to achieve his goals. It was in this program that Beau learned to trust his abilities – and his heart – again.

“The first week after the heart attack, there were nights when I didn’t want to go to sleep because I was scared I wouldn’t wake up,” Beau said. “Julia told me, ‘We don’t know what will happen, but we are going to work hard to make sure your heart is healthy again.’ I started realizing that I can do this and found some emotional and mental clarity.”

At every visit with Julia, Beau would have his blood pressure checked and his vitals assessed. During his first appointment, he spent 10 minutes walking on the treadmill and felt winded. He said it was a very humbling experience, and a strange feeling for someone who had spent his life being active. But at every step, and through every doubt he had, Julia was there.

“She is a true cheerleader, a rock star and such a gem,” Beau said. “What she offers for everyone and how much research she does and time she spends with each person – it is amazing.”

Over the next few weeks, Beau learned to trust himself again. And he pushed more with each week.

“During the last month, Julia said to me, ‘Show me what you’ve got,’” Beau said. “Before I had my heart attack, I concentrated on cross training and heavy duty lifting. Now, I dedicate more time to cardio.”

Beau said his eating habits were pretty healthy prior to his heart attack, but he did make some changes. He now eats less red meat and dairy, opting instead for more fish, vegetables, fruits and chicken. Beau said he steers clear of saturated fats and sodium – anything that could negatively affect his cholesterol.

While Beau said he’s still not sure why someone like him would suffer a heart attack, he said the doctors told him it could have been stress related. Beau said he was working a lot – by his own choice – and pushing harder in his workouts. But he considers himself fortunate. Fortunate that his body was strong enough to survive something like that and fortunate to have the people locally to take care of him.

“I’m so thankful for my father and my wife, Liz,” Beau said. “If my father hadn’t put his foot down and my wife hadn’t insisted I go to the hospital, I wouldn’t be around.

“This is the path I have to follow now,” Beau said. “From a mental and emotional aspect, it was very defeating. But I can only sit around and question things for so long. I won’t quit. And I’ve learned from my experience. I have friends who are getting tested now as a result of my experience. And I think that’s a good thing.”

Beau said that if there’s anything positive that comes out of his experience, he hopes it’s that everyone else learns that they shouldn’t ignore the warning signs.

“Get yourself tested,” Beau said. “There could be something hidden that you might just pass of, but it could be serious.”

For more information about Johnson County Healthcare Center’s Cardiopulmonary and Wellness Department, check out www.jchealthcare.com/services/cardiacrehab/. Or you can call Julia Bettinger at 307-684-6320. 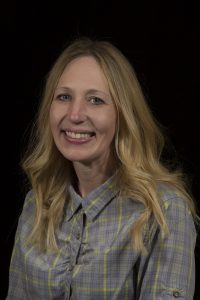 Julia Bettinger is a University of Wyoming graduate with a master’s degree in kinesiology and health. She has been the director of Cardiopulmonary Wellness at Johnson County Healthcare Center since February 2015.

She works daily to help individuals restore their health and well-being following a heart attack, after having heart procedure, while living with COPD or other lung diseases, and when trying to establish healthy lifestyle behaviors such as moving more, eating healthy, reducing stress and quitting smoking.

In her spare time, Julia enjoys spending time with her husband and kids, family, and friends; skiing; golfing; and enjoying the outdoors.